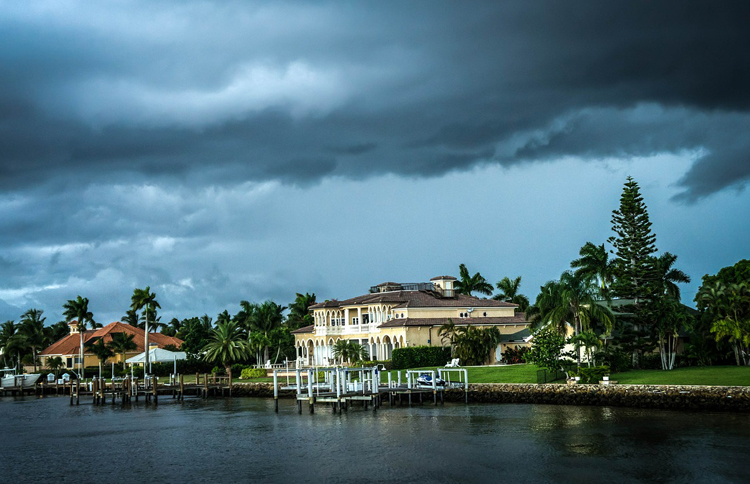 The recent passing of Hurricane Wilma through South Florida has done very little damage to property. The storm, while quite strong as it passed through Broward County, resulting in mostly fallen trees and limbs, and the loss of power.  The Florida Keys, Miami Beach, Downtown Miami and areas on the west coast suffered more damage and extreme flooding, so those markets will certainly be somewhat depressed for the next 12 months.

The Summer of 2017 was a busy selling season in Fort Lauderdale, Wilton Manors, Oakland Park and other Broward County cities.  Summer typically slows down due to the heat and lack of tourism.  Now that we are moving into the busier season for Fort Lauderdale real estate, it’s typical to see increases in the number of new homes on the market.  Hurricane Wilma at most may delay listings in the next 3-4 weeks for home sellers that need to make minor repairs or clear debris.  I do not expect a longer term reduction in inventory due to the storm.

When thinking about buyer’s motivations, I don’t believe the storm will change their decision to buy.  However, more buyers are likely to place a heavier weight on homes with impact windows or built-in storm shutters.  Some investors may hold off on purchases until Hurricane Season ends in mid-November, but we’ve already seen a slowdown in investor purchases as the inventory of short-sales, foreclosures and other distressed property has been declining over the past 18 months to our lowest levels since 2007.

Properties that went under contract prior to Hurricane Wilma will experience delays in the closing schedule, so Closed Sales for October 2017 could be lower than originally expected.  Appraisers must re-visit every home under contract as well as those recently sold to determine current condition.  Inspections cannot be scheduled if storm repairs must be done first.  Delays from 7 days to 21 days will be common in this situation.

The market for property in Fort Lauderdale, Wilton Manors, Oakland Park and the rest of Broward County is still strong.  Property is appreciating, demand is strong, and new developments are being approved in various cities.

Tags: Buying A HomeHurricaneSelling Your Home