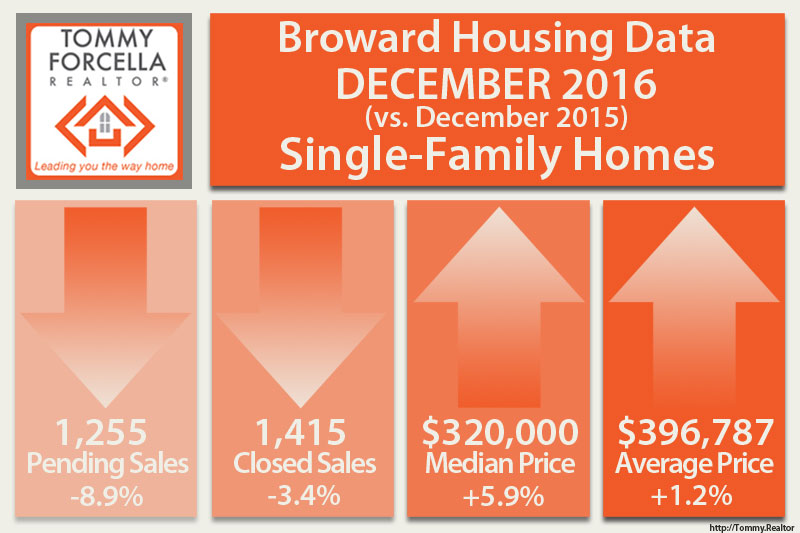 The 2016 housing market in Fort Lauderdale showed continued growth in both single-family and condominium/townhouse sales.  The decreased inventory of both short-sale and foreclosure listings dragged down overall Pending & Closed Sales numbers. 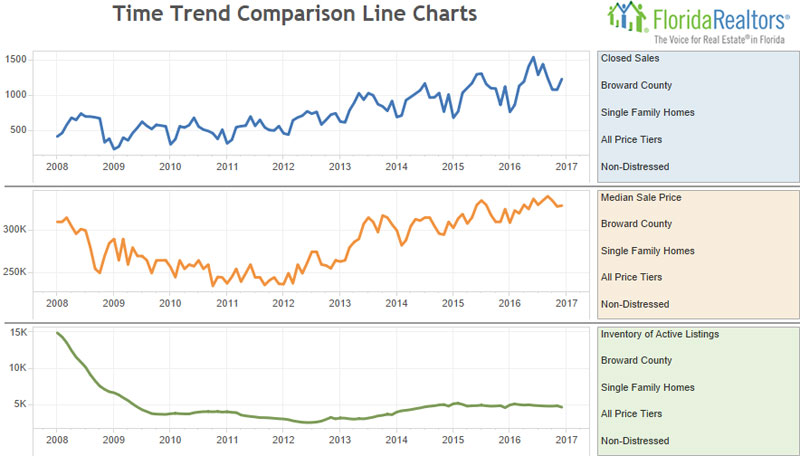 For single-family homes, excluding distressed properties from Closed Sales shows a 9.3% increase over December 2015.  Inventory still continues to fall at a rate of 3-5% per month. Lack of inventory is attributed to sellers fears or uncertainty in upgrading, reduction in distressed properties, and lack of homes suitable for first time home buyers. 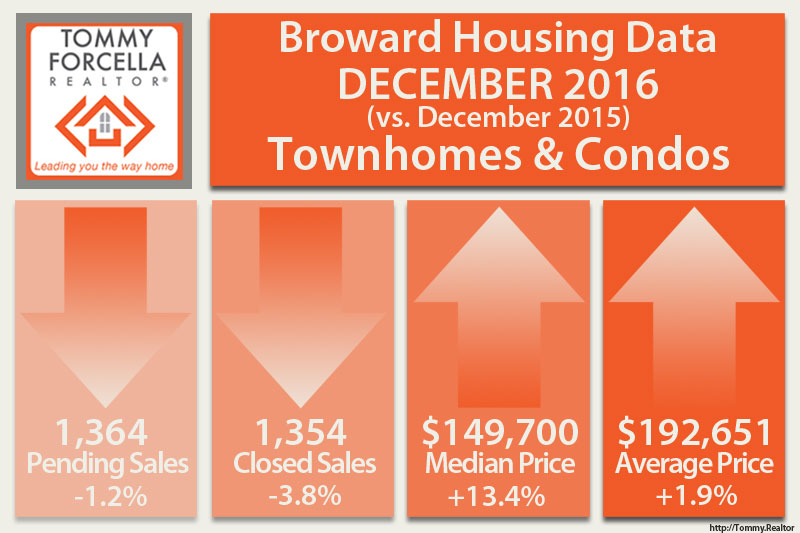 The condominium and townhouse market shows great improvement, specifically in properties priced between $150,000 and $600,000.  Units which sold under $100,000 show near 20% reductions, primarily due to the reduction in short-sales and foreclosure properties within the general inventory. Excluding short-sales and foreclosure properties from overall sales, shows an increase in closed sales of 9.4% over December 2015. 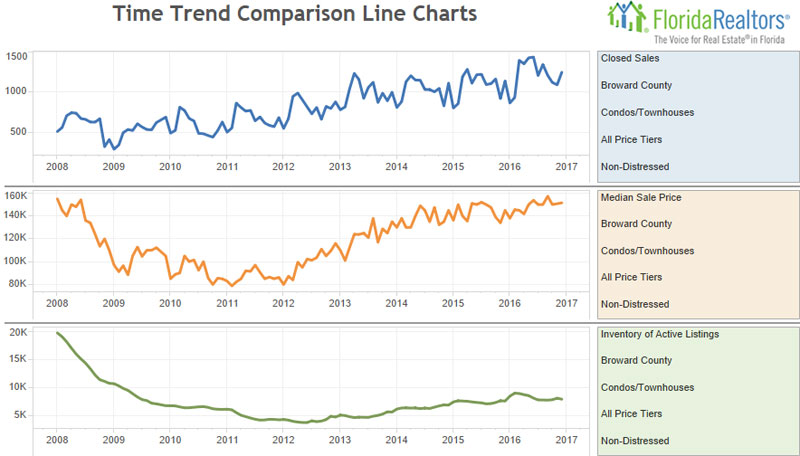 Inventory levels for townhouses and condos are near 2015 levels with only 1% fewer active listings. Listings priced under $100,000 show the sharpest drop, as far less short-sales and foreclosures are part of inventory. There are 11.4% more active listings of condos and townhouses priced between $200,000 and $249,000, with 16% more put on the market in December 2016 over the previous year.

The improvement in the local Fort Lauderdale market is following the national trend.  2016 resulted in a banner year for real estate nation-wide for existing home sales. A more stable economy, improved job rates, and low mortgage rates filed the growth in 2016.  You can

Notes: Statistics for each month compiled from MLS feeds on the 15th day of the following month. Data released on Tuesday, January 24, 2017. Data revised on Monday, January 16, 2016.